The total, which reflects an 11 percent increase over 2014-15, represents a yearlong fundraising effort by thousands of individuals and more than 135 corporate and community partners. The total also includes $270,000 in pledges that were made by phone, mail and online during the telethon. These gifts will support lifesaving equipment, programs and research at Penn State Children’s Hospital. Since 1984, Children’s Miracle Network has raised more than $60 million to benefit the Children’s Hospital. 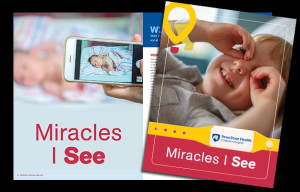